I called her Pants.  She called herself Cool Aunt Nancy.  Others called her sister, friend and mom.  She was a wife and a grandma.  She was one of the most awesome people I have ever met, and I was so blessed to have her in my life.  As she was leaving this earth, a doctor posed a question about what kind of life she had and her husband, my dear Uncle Rip responded, “She was kind of a party.”  And that was really all there was to say.

One of the clearest images I have of my aunt was from the 4thof July last year.  She showed up on the deck in the morning sporting a perfectly made-up face, stylish haircut, black shorts, cute flip flops and a simple white t-shirt with the word “AWESOME” in huge black letters.  As she strutted in front of the gathered family members, she pointed to her shirt and exclaimed, “Awesome has arrived!”  Pants admitted she only bought the shirt because when she pulled it off the sale rack at Von Maur, Andi, her oldest daughter, told her there was no way she was going to get the shirt.  Per usual, Nancy met the challenge, purchased the shirt and made sure every guest noticed it during the busiest time at the lake.

On Easter earlier that same year, she and my son were preparing cocktail wieners with barbeque sauce and Kinnick didn’t know what they were called.  Someone shouted out that they were Little Smokies, and Nancy smirked at Kinnick.  She got a wicked grin on her face, and she leaned her head toward Kinnick, acting like she had a special secret to share with him.  He leaned down to make sure and catch whatever nugget she was going to share, and she said, “You know, Kinnick…they used to call me Lil’ Smokey.”  She then erupted in laughter and the whole family was once again amazed that this tiny woman could make us all laugh so big.

Besides wanting to be the life of the party and being known for leaving half cans of beer in fridges across family houses, Nancy also had a huge heart.  Her grandchildren meant the world to her, and she was known to do her granddaughter’s laundry well after she should have.  She was a legend because she was the woman who could make more things with cheese and butter than any human being should.  Her hosting of Christmas celebrations was legendary…the peanut butter balls were always just the right size.  She decorated her house with flair and welcomed the family whenever they needed lodging or a pit stop in Cedar Falls.  She travelled to basketball and football and softball to cheer on her grandchildren.  Her friends loved her wacky sense of humor and use of emojis and the sweet Bitmoji she loved to text with.

I will miss her more than I can express, holidays won’t be the same, and I’m not sure who will make the mashed potatoes for events.  Pants has just always been a part of my world.  As a young girl, she was the fun aunt who spent summers with my parents at Clear Lake.  Lately, we were able to talk about divorce and what it is like raising kids.  She was a constant support and praised me for how I was raising my son.  Her encouragement meant so much.  I hope she knew how much she meant to me.

Her death has been a shock, but her life has been a lesson.  It’s totally okay to make people laugh, even if it is because you are silly.  It’s cool to be the cool aunt.  Her love and laughter are the things that will define her.  Her family is a testament to a bold love that fights and goes through ups and downs but always keeps the first thing first.  Family is everything.  Her death leaves a hole in our family, but the memories we have of her make us stronger.  I’ll miss you, Pants, aka Cool Aunt Nancy, aka Lil’ Smokey. 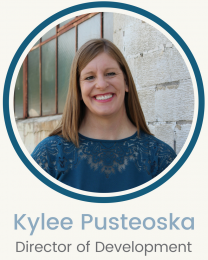