The Picture On My Wall 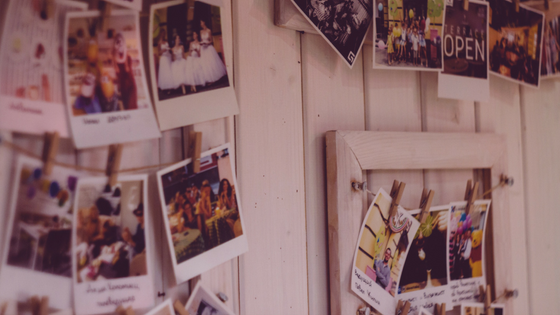 Yesterday morning in our staff prayer time at Bridgehaven, Rachel Pheasant, our Marketing Coordinator, shared a very touching and convicting blog she wrote a few years back about an experience she had during a trip to Rwanda. It sparked great conversation among our staff as we reflected on times where we too have very clearly known God was working through us because we couldn’t do it out of our own strength. I want to share this blog post with you and encourage you after reading it to spend some time in prayer. Give thanks to God for the mighty ways He has worked through you in the past and present, and pray to be open and obedient in the times He will call you in the future.

The Picture On My Wall

I have a picture hanging on my wall. (Well, I actually have several, but this one in particular is right next to my bed.) It is from my trip to Rwanda a year and a half ago, and it found its way on my wall about a year ago after I moved into my current apartment. I put it there because it had been a significant moment for me. It was one of the first stories I shared upon my return from Rwanda, and I have shared it numerous times since. Every now and again I’ll glance at it, but to be honest I usually don’t give it a second thought. 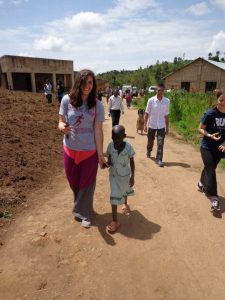 I had been praying when I happened to look up at the picture. I had always wanted to go to Africa, and after I graduated from university, I was able to go for the first time. I went with a group from my now alma mater through Team World Vision. It was a “visionary” trip, so we were able to meet with the children and families we had been given to sponsor, and we saw and learned about what World Vision is doing in poverty alleviation there. (We also ran a half marathon through the hills of Kigali, but that’s another story.) The morning of the third day we were to learn about their hygiene initiatives, which is a part of their WAter, Sanitation & Hygiene program (WASH). It was on this particular day that the photo on my wall was taken.

That day I met a young girl – seven years old at the most – as we were watching a hygiene lesson the members of the village were demonstrating for my team. When she turned to look at me, I almost gasped. There was a large bump on her head that had caused her eye nearly to swell shut. My immediate thought was that the bump may be from some type of disease, and so I thought about moving away. But earlier that week, I had video chatted with someone close to me about the trip thus far, and he had told me though I may not be able to speak their language, the Rwandans would understand the language of love. His words began to run through my head, and so I treated her just like I did the other children.

After the lesson, the group started walking to where the World Vision staff was constructing a latrine in the village. Out of the corner of my eye, I saw the girl with the bump. For whatever reason, I stuck out my hand. I knew that in Rwanda holding hands is a sign of friendship, but that thought only briefly entered my mind prior to sticking my hand out. We then walked hand-in-hand to the site where we ended up standing next to the World Vision area director.

As the staff began educating us on the latrine, the director began speaking in Kinyarwandan with the girl, whom she told me was named Josefer. She then looked up at me and said, “She has a brain tumor. She says that because of where the tumor is the doctors cannot remove it. She is going to die. This is too much for a child her age to know.”

I knew that as one of the few white people there, many eyes were upon me, so I did my best to keep the tears that were building up in my eyes from leaking out. I’m not sure how long the presentation was, and I wouldn’t even know where to begin to start speaking about latrines. But I remember squeezing Josefer’s hand, walking back to our vehicles with her, and giving her a hug good-bye, not knowing how much longer she would be here.

In the short moments that followed the director’s revelation to me, I knew that one of the reasons God had brought me to Rwanda was to show Josefer love, that she was not alone. This had been all I had really thought about the experience for the past 18 months – that God used me to show her love.

Don’t get me wrong – that in of itself is an amazing thought. But tonight as I gazed at the picture, I decided to relive the brief hour or so I had with Josefer. I got to the moment when I stuck out my hand. Every time I tell the story, I always say that I don’t know why I did it, I just did it. It’s true, but tonight it struck me as a really odd thing to do. Why did I stick out my hand?

I have come to realize that I really am not always the most outgoing person –especially in circumstances when I am uncomfortable, I freeze up like a clam. It takes all that I am sometimes to get myself to even just say more than “hi” to strangers in some of those situations – let alone initiate any type of physical contact. Yet without even a second thought, I stuck out my hand, not just to a stranger in an uncomfortable situation, but to someone I nearly convulsed at when I saw and in a completely foreign land (quite literally). And as I was reflecting and praying, it hit me: I didn’t stick out my hand. God did.

I had let Him to begin to work in me when I realized I needed to love Josefer. But I can promise that it was not my idea to hold Josefer’s hand. I am convinced Jesus literally stuck His hand out through mine and grasped hers.

This revelation blew my mind. I know the apostle Paul said of all the sinners he was the worst, but sometimes I feel like I may have him beat. I can put on a good show, but the truth is I am not even close to being put together. And yet God showed me in that moment that He doesn’t just use me like I would use some tool to get the job done. He dwells in me. There is no other way to explain why I stuck out my hand.

I am not sure where Josefer is now. I’m not sure if she is even still alive. But I do know that she met Jesus that day because she met me. It is such a humbling thought. I am a sinner, I am weak, yet the God of the universe lives through me, through my selfishness and imperfections.

In this revelation, I have come to realize that God was not just showing Josefer His love for her, but He was also trying to show me His love for me. I am not too unclean, too unfit for Him. I am more than adequate. I am perfect, not because of anything I have done, but because He created me and gave Himself up for me. He voluntarily stretched out His hands on the cross and died so I could stretch out my hand to one of His children and show her that there is hope. I could stretch out my hand to Josefer because He had already stretched out His hand to me.

As I now gaze at the picture on my wall, I know that it did not end up there on accident. And as I look at myself holding Josefer’s little hand, I know that I am not just looking at myself. I am looking at Jesus – not because of any good I have done. He knocked, and I merely opened the door. Then He chose to come in and dwell.